There’s a new brewery in the area and we were invited to New Crescent Brewing Company’s soft opening this past Saturday in downtown Irwin. The rainy, cold weather didn’t stop us from popping into this new spot to give their beers a try and chatting with the owners to learn about their brewery.

Owners John Titus and Tim Molinari were college friends and home brewers who after years of drinking and brewing beer decided to go for it and open their own brewery. As we chatted with John and Tim, we learned about their love for hoppy IPAs but that they’ll be brewing much more than that.

“We want to experiment with our beer and try different flavors,” said Molinari. “Our current tap list has a good variety and we have a new lager brewing now.” 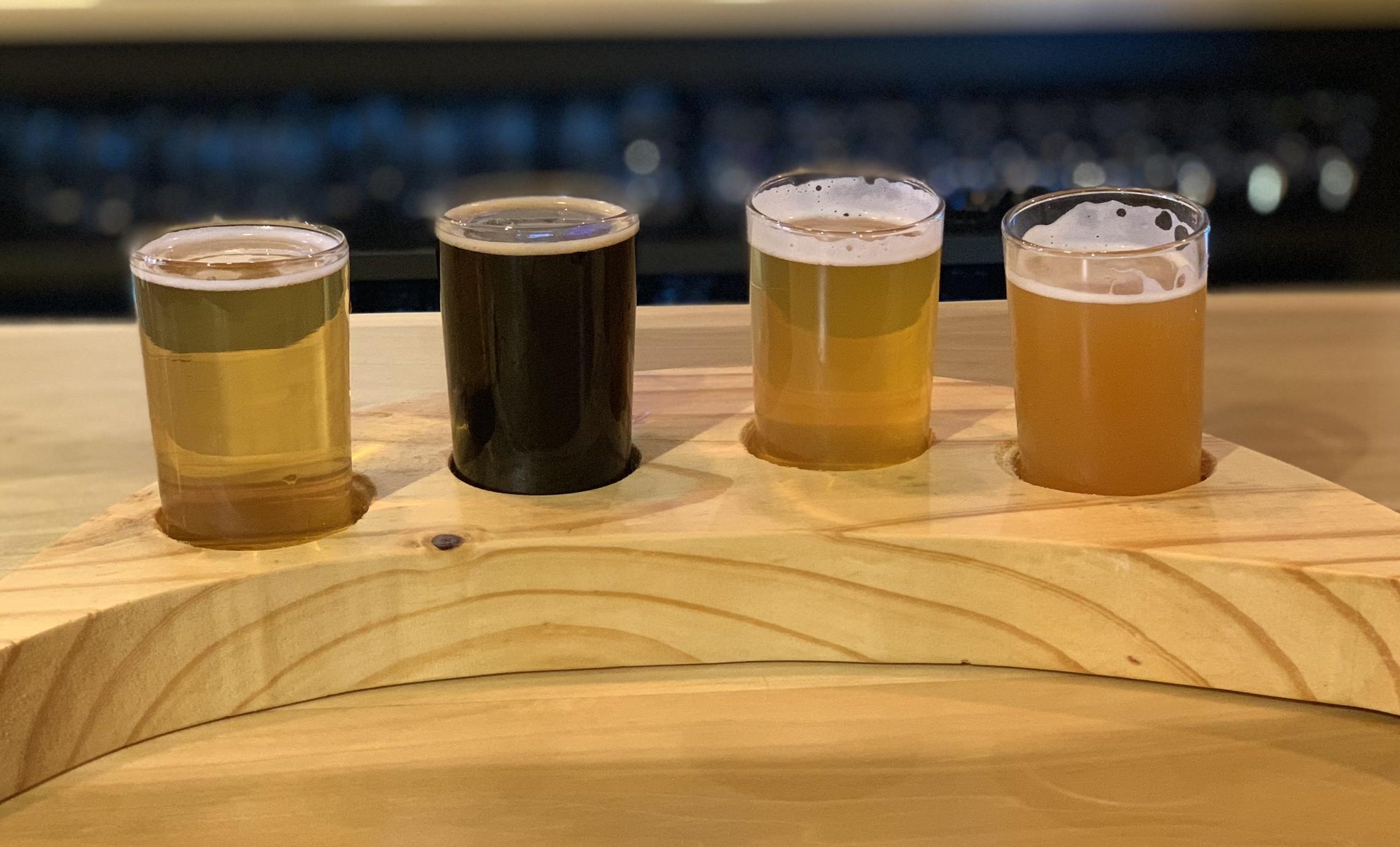 We gave all 6 beers on their tap list a try and enjoyed the variety that had for their soft opening. Our favorites were Titania, a 6.9% American IPA and their Hydra, another American IPA coming in at 6.5%. We also enjoyed their stout, Uranise, which has hints of pizzelle and chocolate with an ABV of 5.5%. Other offerings they had during the soft opening included Contact Light, a 4.6% blonde ale, Timo Too-Hop, a 5.9% pale ale and Lunar Weizen, a 5.7% German hefeweizen. All pints were $5 and 5oz pours were $2 a piece.

New Crescent Brewing Co. is also taking inspiration from astronomy and celestial terms to come up with names for their beers. Not only that but their beer flights, comprised of 4, 5oz beers ($8) are shaped like a crescent moon. 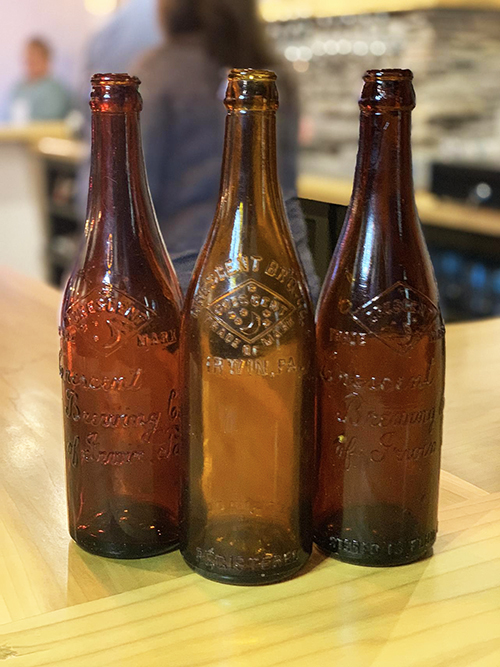 New Crescent Brewing Co. is named, in part, as a homage to the brewing tradition in Irwin. Crescent Brewing Co. operated at the corner of Pennsylvania Ave and Main St from 1903 until 1919. The brewery closed its doors with the onset of prohibition and never opened them again. That was the last brewery to operate in Irwin borough, until now. In 2014, Irwin partnered with Full Pint Brewery to resurrect Crescent Beer for the 150th anniversary of the town. The one off beer was sold at local restaurant Colonial Grille and at Full Pint during the anniversary celebrations. New Crescent displays original beer bottles from Crescent Brewing Co. behind the bar for patrons to take a look at. (original bottles pictured right)

Their Main Street location, across the street from The Lamp Theatre was previously two storefronts that they combined to create a cozy taproom with a nice size bar, tables for gathering and plenty of open space. In the back you’ll find the five-barrel brewery which the owners are happy to show you and discuss their new system.

New Crescent will be open Thursday & Friday evenings from 4-10pm and Saturdays from 12-10pm to start. They plan to expand hours and possibly have live music and food trucks in the future.

Join them at their Official Opening, Saturday, February 2nd from 12-10pm.

Want to make a few brewery stops in Irwin? Stop by our friends at Quinn Brewing Company, Fury Brewing Company and Full Pint Brewing, all of which are just a couple miles from each other.