It is safe to say that Marcus Morelli’s career has never followed the typical road traveled by most in the video-producing profession. At the age of 19, he suffered a severe car crash that left him bedridden with a broken femur. Although this accident may have taken from him his entire summer, Morelli ended up garnering an obsession with film. Due to his bedridden status, he spent his days and nights watching movies and developed a deep appreciation for those behind the camera who could deliver to him the scenes and emotions that his broken bone was preventing him from experiencing.

Once healed, he began making short, vlog-style prank videos with his friends at Shippensburg University, where he was studying for his undergrad. Marcus Morelli, Chris Raab, and Brandon DiCamillo produced multiple of these Jackass-Esque vlogs before Raab and DiCamillo eventually went on to become a part of the Jackass movie franchise. Morelli graduated from Shippensburg in 2003 with a bachelor’s degree in Journalism and Communications.

After graduation, Morelli worked under a video production company in Uniontown, slowly learning the ropes of the industry. Finally, in 2010 he decided he had enough of working on other’s projects, and Skene 19 Films was born. 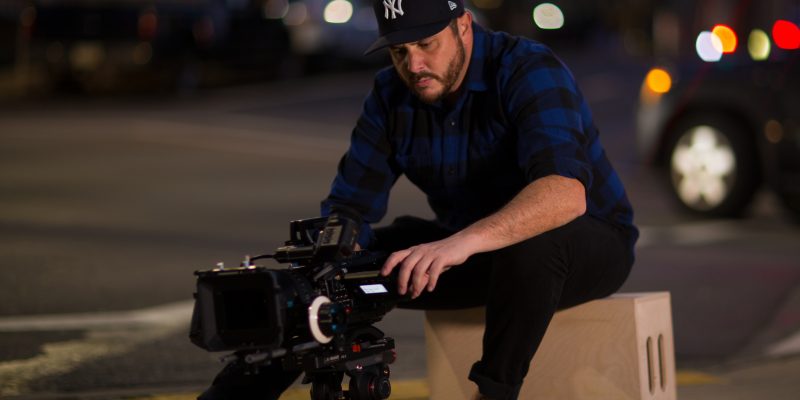 Marcus, now going by his company’s alias, eventually landed his first ‘official’ gig at a nightclub here in Pittsburgh, PA. To say that it went less than ideal would be an understatement. The shoot was for a rapper and lasted over 24 hours. Morelli recalls being led around the streets of Pittsburgh in the dark with little direction of what to film. Eventually, the police pulled up and raided the nightclub, arresting the rapper that hired him. Marcus was never paid for the shoot.

Instead of throwing in the towel as many would after an initial attempt at a dream having gone so awry, Marcus used the footage from the night to produce a short documentary following his escapades through the streets of Pittsburgh and the chaos that ensued. The product was a film that won multiple audience choice awards at film festivals, and it even became a sort of cult classic amongst its viewers.

Morelli’s determination and tenacity would pay off. In the decade that followed, he saw his career develop and take off to the likes of which just 10 years earlier he probably could not imagine. He would get to help direct a documentary featuring Arnold Schwarzenegger and edit one about the legendary WWF wrestler Bruno San Martino. In addition, he got to work with teams such as the Miami Hurricanes and Pittsburgh Steelers, Penguins, and Pirates and has shot many SportsCenter features for ESPN. Morelli’s most recent story about the late great reporter and recruiter for the team, Bill Nunn, was even aired on Monday Night Football before the Steelers home opener and included an interview with the team’s owner, Art Rooney.

Today, Marcus resides at his home in Greensburg with his wife Courtney. He enjoys spending time with his three nieces and even featured them along with his entire family and some friends in one of his passion projects titled, “A Quiet Life”, which is loosely autobiographical and thoroughly entertaining. He is extremely involved in the community, having shot commercials and promotional pieces for multiple local businesses, including the Iron Rock Tap House, Marinos American Eatery, Seton Hill University, and much more. He loves the community and the support that Greensburg gives him, saying that 90% of his referrals in the area come from word of mouth.

However, Skene 19 films do not limit their work to the Pittsburgh Area, or even PA. They have produced a documentary for a drum manufacturer in Maryland, shot pieces in Miami, California, Florida, Washington, and Alabama, and hope to continue to expand and allow a wider variety of people from all around the country and world to experience their work.

Because of Marcus’ ever-expanding mindset, Skene 19 films has just hired new talent in the form of St. Vincent graduate Derek Hughes. Derek is the company’s assistant cinematographer, editor, and primary music composer. His work is evident in many ways, especially in the music that so fittingly accompanies many of Skene 19’s films.

It should be noted that Marcus’ methods differ greatly from most others in the Profession. He is adaptable and approaches each day as if he is expecting the unexpected. No request is too unordinary or off the wall for Marcus as he does everything in his power to satisfy the vision of his clients while still putting his own magic touch on the finished product. Morelli is so involved and appreciative of the process that he only watches his work as he edits. He does not enjoy marveling at what he has accomplished but instead watches every frame with an eye more critical than any customer could. The result is always something captivating and astonishing. One of his happy customers even writes in a review that “in the end, we didn’t just have an unbelievable video, we had memories on film.”

When asked if he has any advice for aspiring filmmakers, Morelli replied “Don’t wait. You do not need expensive gear to make good content in your early stages of development with film-making. Shoot and edit a video. Learn from your mistakes and keep creating, over and over again.”