When you think about a fire department you think of them as putting out fires and occasionally rescuing a cat stuck in a tree. Well the Greensburg Volunteer Fire Department goes above and beyond that and does a lot of other things for our community. 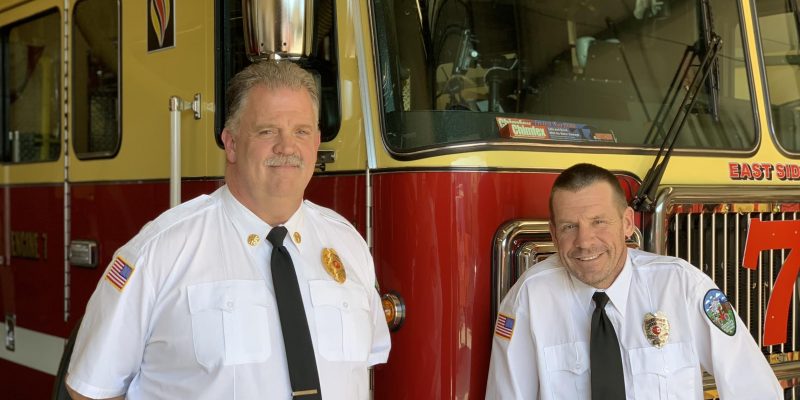 The GVFD is comprised of 6 individual companies that work as one department in the City of Greensburg. Each company has its own captain and lieutenant with Tom Bell, as the Fire Chief for the entire department. Between the 6 companies they have 150-200 active members that participate in calls and drills. GVFD also consists of 3 specialty units including the Bloodhound Team, which began in 1969, the Dive Team, established in 1959 and the Marching Unit, who you will see in many local parades!

It’s not just fighting fires, it’s important that the fire fighters train to help deal with many situations and practice with equipment. They have meetings, trainings or drills 3 nights a week. This past weekend they had 20 fire fighters participate in a 8 hour class and drill for 2 days. The GVFD also has a growing Junior program where they also take part in drills, practicing skills and learning safety. Currently the program has 13 local kids involved between the ages of 12-17. The GVFD Junior Program is the only program in the area that will allow kids starting at the age of 12. There is even a younger program for children 9-11 where they don’t participate in any emergency situations but get to learn a lot about the department. This younger group will tour the departments, the 911 call center and learn fire safety. The Junior Program has grown through local demonstration events, visiting schools and social media promotion. 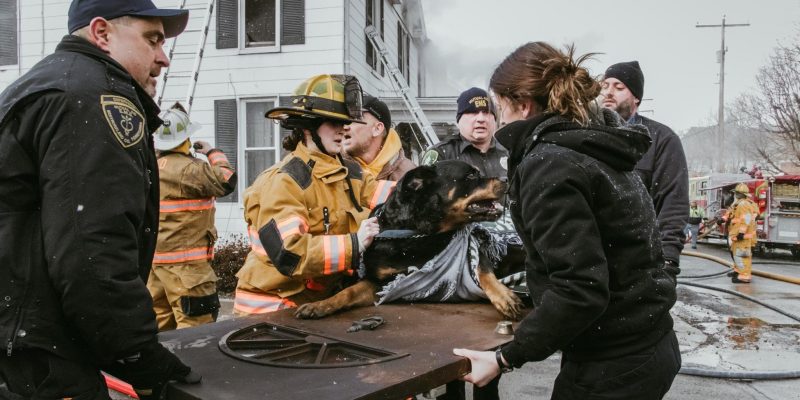 “Our Junior Program is the future of our department,” said Rick Steele, President – Board of Control / Hose Company #7. “We are lucky to have had success with our junior outreach to help grow the program.”

This past year, GVFD has made strides to show the many other activities and ways they participate in the community along with giving an inside look of what happens in the departments and during calls. They’ve recently had a local photographer, Tracy Miller, volunteer to showcase the departments and their work.

“We’ve done a lot over the past year to change our image and show the community what else we do and how active we are,” said Tom Bell, Greensburg Volunteer Fire Department Chief. “Last year we ran 2116 fire calls, an average of 6 a day. That’s more than some paid departments in the area.”

Not only that but they host bingo every Wednesday, visit local schools and this weekend they’re holding a blood drive. The GVFD Blood Drive on Saturday, April 6 is from 9am-3pm at GVFD No. 7. They already have over 40 people signed up and will be taking walk-ins throughout the drive.

Recently, they opened the Greensburg Volunteer Fire Department Museum, which was formed in the 1950s and houses many fire department artifacts, vehicles and history. The Museum, is open the second Tuesday of the month, and 9 a.m. to noon on the fourth Saturday of the month or by appointment.

“We’re fortunate that the work we’re putting in is paying off,” said Bell. “It’s because of the team we have. We wanted to move forward in a direction that would make us better than we already were.”

Want to get involved or volunteer? They are always looking for volunteers to help with events, to roll hose at the companies and many other tasks! Make sure to visit their website for more information.