The Greensburg Community Development Corporation announced their Hotel Request For Proposal for downtown Greensburg on Friday.

The proposal, invites experienced hotel developers to respond to a Request for Proposal (RFP) for the design, financing, construction and operation of a hotel that would enhance the downtown area. The suggested location, is the building at 225 South Pennsylvania Ave. and the purchase would include the adjacent building at 205 S. PA Ave. Standing at six stories tall, it would complement the current Troutman building and the Second Street Block. The suggested location would have a gross square footage of 46,766 on S. Pennsylvania Avenue and it could have an office/meeting space, a cafe, a bar, with 51 guest rooms ranging from 310sf – 520 sf. 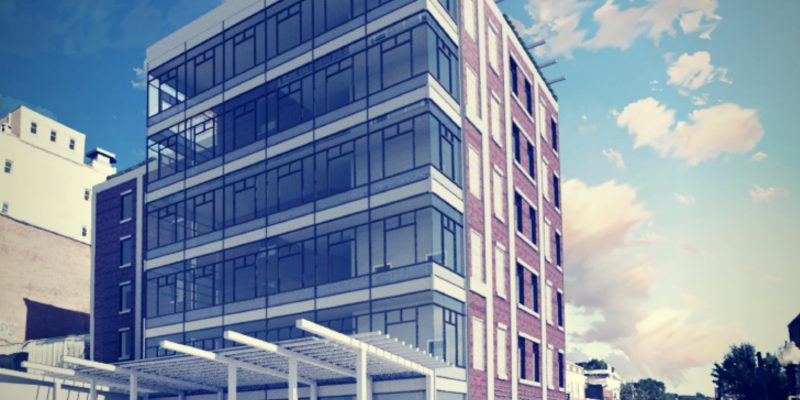 “The City of Greensburg is ecstatic to have partnered with Think Greensburg! to release the Hotel Request for Proposal (RFP). The Downtown market is currently wanting in terms of a full-service hotel with adequate meeting space to meet community demand,” said Kelyse Milliron, Greensburg’s City Administrator.  “The feasibility study conducted in 2017 supports that the need for such a hotel is real. We (The City) currently are home to a vibrant, cultural climate and I think a hotel will complement, and add to, that climate seamlessly.”

One issue that has some of the community concerned on social media is parking around the suggestion location. The proposal states that parking for the hotel will be in spaces owned and/or operated by the City. The City will speak more about parking at an onsite tour and even further with the selected developer. Parking is always a concern for residents and visitors of the City of Greensburg and the impact of a hotel on parking will be something to look into.

“The thought behind parking is that it’ll be valet,” said Milliron. “We’re going to knock down the corner building (that GCDC owns) and make like a drive thru spot.”

In the spring of 2017, the City of Greensburg and the Greensburg Community Development Corporation hired strategic consulting service, Tripp Umbach, to conduct a hotel feasibility study for downtown Greensburg. After evaluating regional hotel market supply and demand, completing an analysis of the proposed site, conducting interviews with local key business leaders, and implementing in-depth research on the local economy, Tripp Umbach concluded, “The City of Greensburg has support for a new hotel by local leaders and residents.” (via Think Greensburg!)

“The Greensburg Community Development Corporation is excited to partner with the City of Greensburg in the search for a hotel developer,”  said Ashley Kertes, GCDC Executive Director. “As a growing cultural and tourist location, downtown Greensburg is lacking a hotel to serve the needs of visitors and residents alike.  A hotel within walking distance to attractions such as the Palace Theatre and the Westmoreland Museum of American Art would serve those needs and also be the foundation for further redevelopment and revitalization in downtown Greensburg.”

The Greensburg Community Development Corporation (GCDC) is a private, non-profit organization established to assist with the development of downtown Greensburg. Since its inception in 1972, the GCDC has assisted city businesses, institutions, property owners, residents and city government in implementing community development programs. For nearly 50 years, the GCDC has obtained dilapidated properties for redevelopment, secured land for structures such as the Seton Hill Arts Center, and helped to attract new businesses. The organization has also worked to increase customer traffic and residential living within the Downtown District, the Healthcare District, and City neighborhoods.

You can read the RFP here.