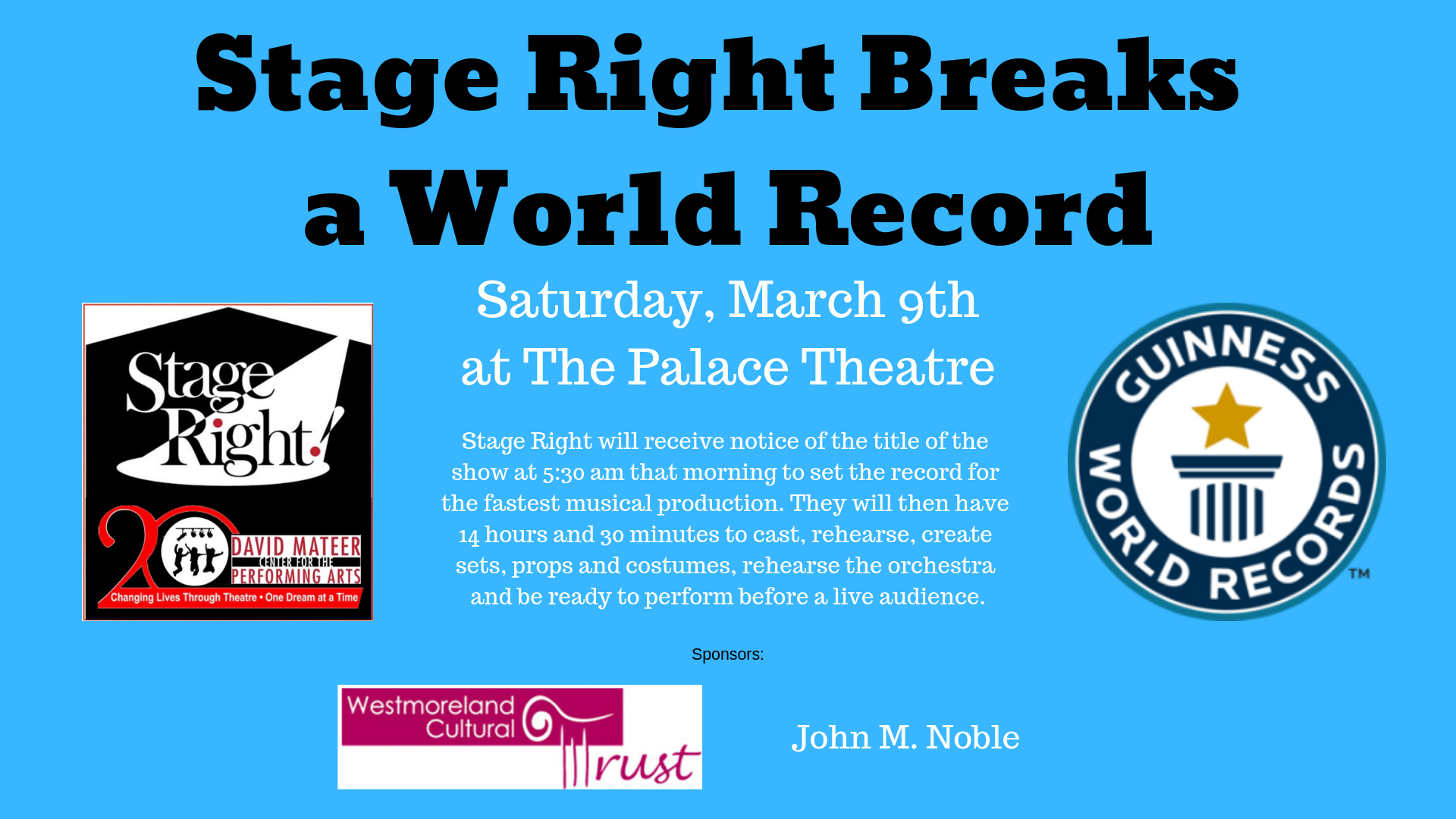 The Guinness Book of World Records has approved Stage Right to break the record for the fastest musical production. The attempt will be Saturday March 9th. The previous record is 15 hours, Stage Right will be attempting to do it in 14 hours and 30 minutes. To set the record, Stage Right will receive notice of the title of the show at 5:30 am that morning. They will then have 14 hours and 30 minutes to cast, rehearse, create sets, props and costumes, rehearse the orchestra and be ready to perform before a live audience. The attempt will be held at the Palace Theatre in Greensburg. (Sponsors for the event include the Westmoreland Cultural Trust and John M Noble.) The performance will be open to the public for a suggested donation.

The Palace Theatre will be host to the event. The public will be allowed to drop in to Stage Right and watch the progress throughout the day. Tickets to Stage Right’s World Record attempt for fastest theatrical production will be available by calling the Palace Theatre Box Office at 724.836.8000 or by visiting their website at www.thepalacetheatre.org 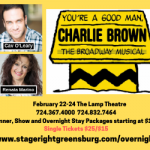