Downtown Greensburg is getting a coworking space, 4th & Penn, on South Pennsylvania Ave, is slated to open in the fall after a local developer purchased a long vacant building.

Built in 1888, the building at 319 S. Pa Ave, the location of 4th & Penn is 3 floors consisting of 2600 sqft. The building originally a residence was most recently used as a law firm then sat vacant for many years. It was up for sale as a part of the Westmoreland County Land Bank before developers Jon Santavy and Jack Shaffer saw the space as a unique opportunity to open a coworking space. 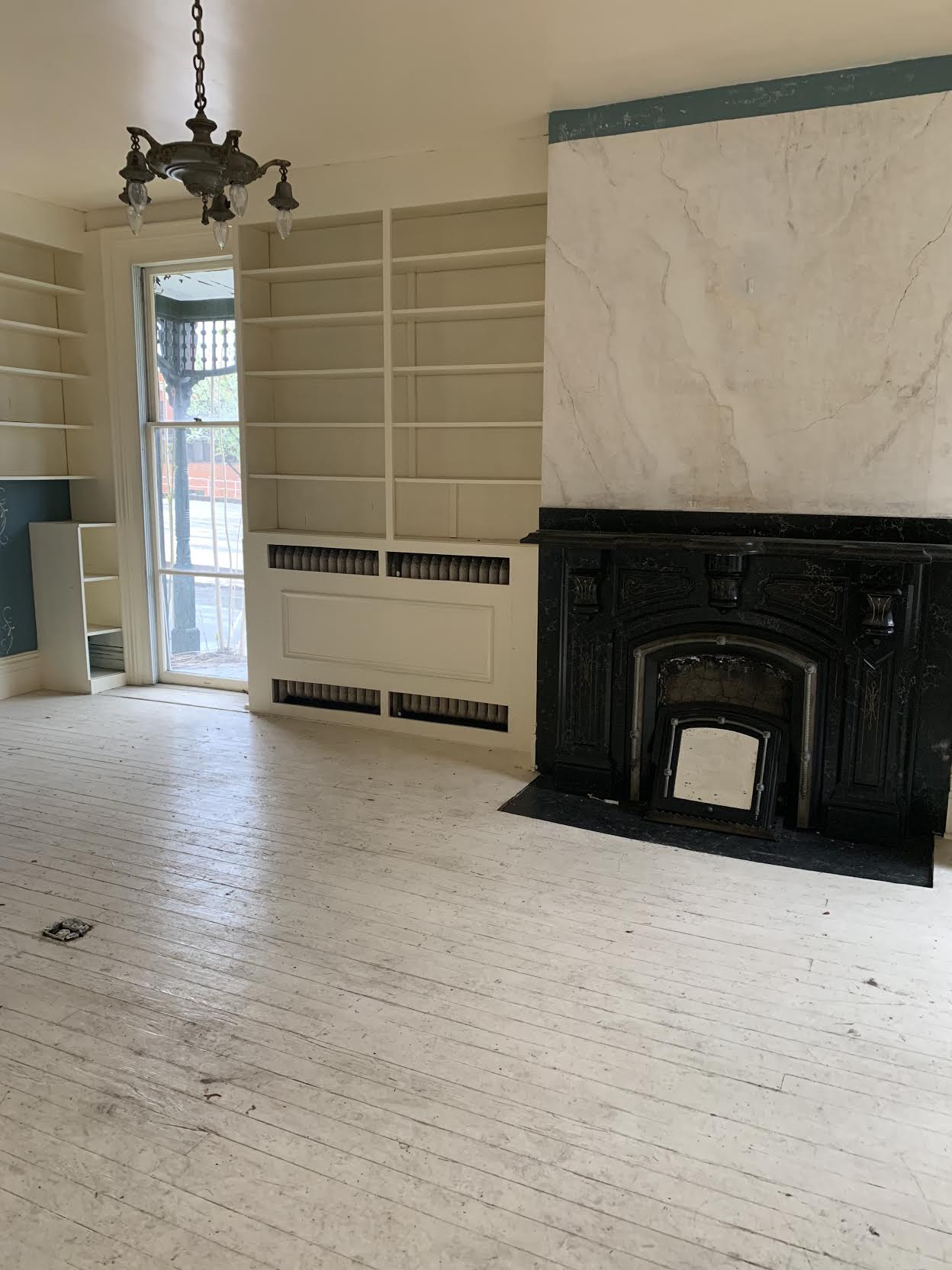 “Pennsylvania Avenue is a beautiful street in general so we were really interested in that area,” said Santavy. “Our team first checked out 319 Penn online and had a few concerns like the size and condition, but it was worth taking a look. We fell in love after our first walk through – the detail and craftsmanship in the building was second to none, and we wanted to bring it back to life.”

With all of the development happening further down on S. PA Ave, it’s looking like other areas of the street will be getting some action as well. TR Waltenbaugh from Prosperity Builders Remodeling will be the General Contractor on the project. The team plans on keeping many of the unique details and elements of the old building including pocket doors, fire places and moldings that have been there since it was built in 1888.

“We’ve made a few investments in older buildings in downtown Greensburg over the past couple years,” said Waltenbaugh. “We’re especially excited about this one because of the character and history behind it.”

The idea of coworking isn’t new and finally Greensburg is getting one of their own. Facilities like 4th & Penn offer flex space, private offices, conference rooms and other shared work spaces to different businesses under one roof at more affordable prices.

“I’ve been working from home for that last decade and always wanted an option like this around town,” said Santavy. “When my wife and I had our baby a little over a year ago that want became a need. I reached out to my network and found there were other local folks looking for a flexible work environment that didn’t require long commitments or upfront investments.”

Traditional coworking spaces are cheaper than renting an office and they come with a lot of extras like events and effortless networking. From students to creatives to business owners and professionals who work from home, coworking offers flexible options for working while not having to worry about the cost and upkeep of having a stand alone office. Most spaces include high speed internet, conference rooms, printing, unlimited coffee and more all built into their memberships.

Santavy and his team are hoping to open in the fall of this year with different levels of membership that will interest a variety of local professionals. In the future they’d like to have food trucks parked in the back for members and the community to stop by for a bite to eat.

“It would be a shame to bring that beautiful building back to life and not let the entire community enjoy it – so coworking was a great way to do that,” Santavy said.

Interested in being a part of this new coworking space? Sign up for their email list to get all the details on memberships and updates on their opening.